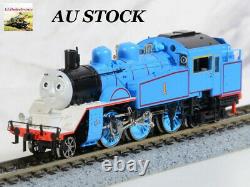 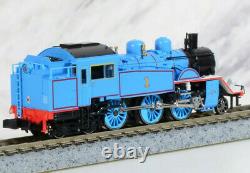 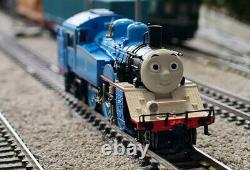 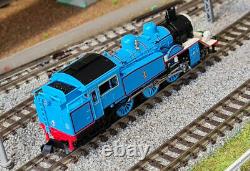 Thomas the Tank Engine, which operates on the Oigawa Railway, first appeared as an N gauge finished product. Oigawa Railway is a railway company that connects Kanaya and Ikawa in Shizuoka Prefecture. Since 1976, a passenger train towed by a steam locomotive has been in operation. Thomas the Tank Engine appeared based on C11-227 and has been operating between Shin-Kanaya and Senzu for a limited time since 2014.

Reproduce the C11 type, which will be the Thomas the Tank Engine, by new production including the power mechanism. Commercialization features: - High grade (HG) specifications, fine scale model - Equipped with a motor with a flywheel in the boiler - Headlights are always lit with a board and light bulb color LED - The front auxiliary light is not lit - The cab roof skylight can be opened and closed - The crew room window is reproduced with the window open - Boiler handrail is reproduced with separate parts - Coal storage side Arnold coupler installed - Equipped with front dummy coupler, replacement Arnold coupler included - Equipped with release lever, front and rear TN coupler included - Driving wheels and leading wheels reproduce spoke wheels - The trailing wheel is equipped with a spoke center - Black wheels adopted - Minimum passing radius: C243 or more 4. Set content: - Thomas the Tank Engine - accessories: - Runner parts: Grab stick, air hose, etc. Runner parts: Arnold coupler for heavy duty, dummy coupler - Runner parts: Self-contained TN coupler for heavy duty. This item is NOT a toy and is intended for modelling use. This item is in the category "Toys, Hobbies\Model Railroads & Trains\Railroads & Trains\Locomotives". The seller is "davyeu1" and is located in this country: AU. This item can be shipped to Australia, all countries in continental Asia, New Zealand, all countries in Europe, United States.