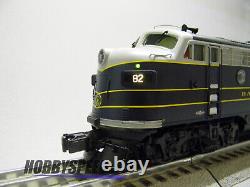 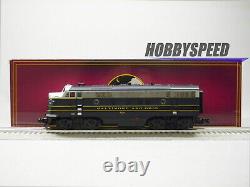 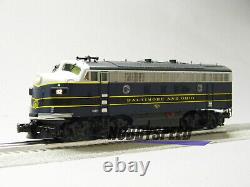 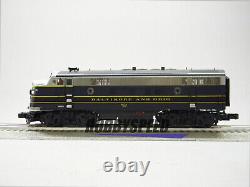 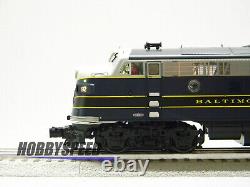 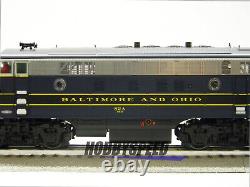 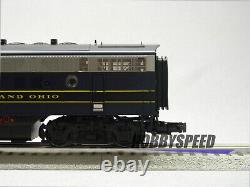 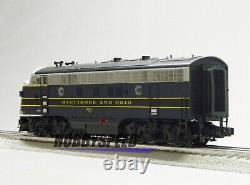 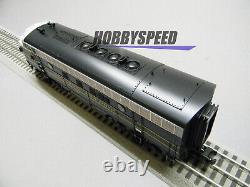 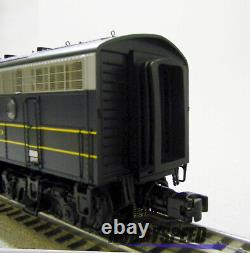 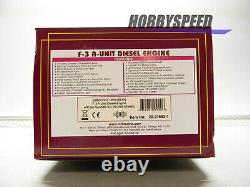 Premier B&O F3-A Diesel Locomotive Engine #82A w/ ProtoSound 3.0. By war's end, Electro Motive had a lead over its competitors that would last until they closed their doors. With production restrictions lifted and the U. Economy humming with pent-up demand, railroads clamored for new diesels to replace a steam fleet exhausted by wartime traffic. In July 1946, EMD introduced a new model F-unit, the F3. Horsepower was upgraded to 1,500 and lessons learned on the FT gave the F3 better reliability and lower maintenance. Under the hood throbbed an improved 567-series V-12 engine.

With 567 inches of displacement per cylinder, this same engine would power virtually the entire first generation of EMD diesel locomotives. The F3 hit the market in an era when almost every boy in America wanted toy trains for Christmas, and F3 models quickly became a hot topic in letters to Santa. Such was the desire of railroads for publicity that Lionel® convinced the Santa Fe, the New York Central, and EMD to share the tooling costs for its top-of-the line F3. Even today, half a century later, the Santa Fe F-unit remains an icon of railroading to the American public.