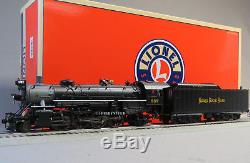 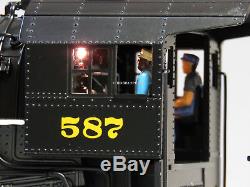 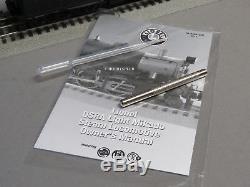 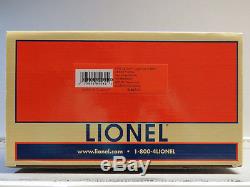 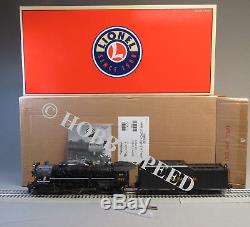 Nickel Plate Road Legacy Light Mikado 2-8-2 # 587. The light Mikado was among the most common of the locomotive designs produced under the United States Railway Administration's operation of the nation's railroads during World War I. More than 600 standardized light Mike's were built under the orders of the USRA - thousands of nearly identical copies would continue to roll out of Alco, Baldwin and Lima long after the war. Lionel brings this classic back again with Whistle Steam for the first time!

LEGACY® Control System equipped able to run in LEGACY® Control mode, in TrainMaster Command Control mode, or in Conventional mode with a standard transformer. CrewTalk dialog and TowerCom announcements, each with different scenarios depending on whether the locomotive is in motion or stopped. Six official railroad speeds with CrewTalk dialog. DynaChuff synchronized with 32 levels of intensity as the locomotive gains speed.

LEGACY® "Real-Time Quilling Horn" control with instant response for realistic signature "quilling" and correctly timed warning signals. Single hit or continuous bell sounds. Sequence Control: plays the sound effects of an entire trip, including warning sounds and announcements, based on the movement and speed of the locomotive.

New in the Lionel Box! And receive our final invoice to pay. All items must be paid within 7 days. The item "LIONEL NPR LEGACY LIGHT MIKADO STEAM ENGINE TENDER 587 O GAUGE train 6-84532 NEW" is in sale since Friday, November 10, 2017. This item is in the category "Toys & Hobbies\Model Railroads & Trains\O Scale\Locomotives". The seller is "hobbyspeed" and is located in Indiana, Pennsylvania. This item can be shipped worldwide.