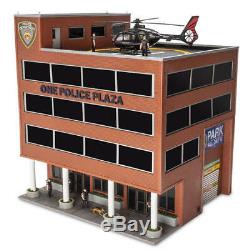 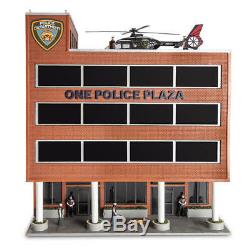 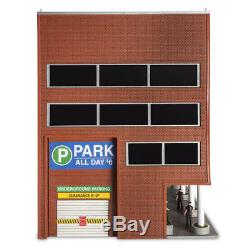 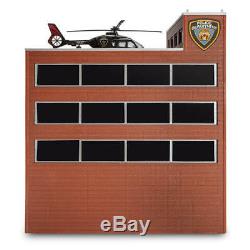 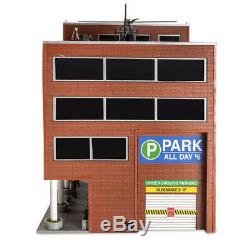 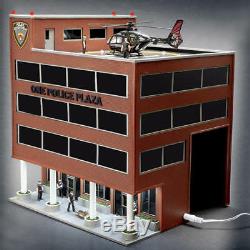 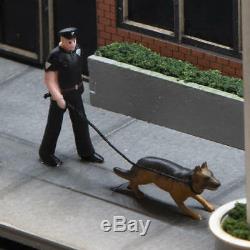 One Police Plaza is prebuilt, prelit and ready to protect and serve your train layout! This brick-clad municipal building features an animated helicopter with rotating rotor blades! Underneath the helicopter lies a helipad with blinking red and white LED lights that are sure to catch anyones eye. And, completing the rooftop scene are two police officers and four red LED lights in the corners of the roof.
The ground level is also alive with excitement and prelit from above by 16 LED lights. The sidewalk is populated by four police officers and Jack the German Shepherd, who is currently in training to become the newest member of the force. Additional details include columns, planters and greenery to complement this impressive building! Prelit, prebuilt and ready to go.

Features an animated police helicopter with rotating rotor blades. Prelit with over 35 LED lights including a helipad with blinking red and white lights. Includes six police officers (including two on the roof), planters with greenery and Jack the German Shepherd.