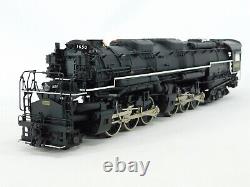 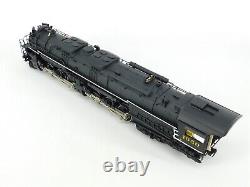 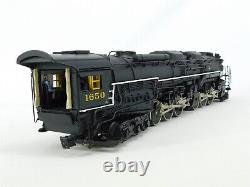 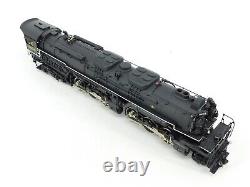 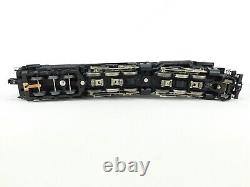 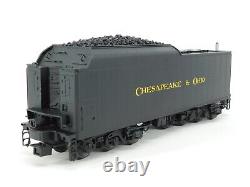 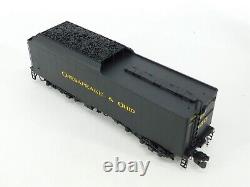 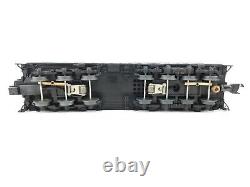 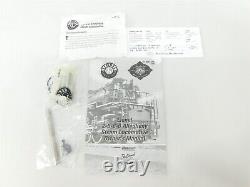 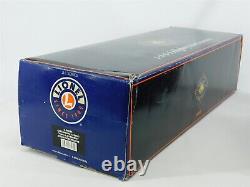 Joshua Lionel Cowen Series Chesapeake & Ohio 2-6-6-6 Allegheny In the 1940s, the Chesapeake & Ohio Railway turned to the Lima Locomotive Works to produce a new powerhouse that would replace their aging H-7 class 2-8-8-2 coal haulers. Named in honor of the mountain range where they worked, this new locomotive took Lima's Superpower steam concept to a whole new level.

Dubbed the Allegheny, it produced 7,500 horsepower at 40 m. The massive 2-6-6-6's could haul 10,000 ton trains from the coal fields of West Virginia to eastern ports. Despite their impressive performance, the switch to diesel power found the massive locomotives being retired as early as 1952. Although its career was brief, the sheer size and power of the Allegheny ensures its place among the roster of the greatest steam locomotives of all time. This top-of-the-line O gauge locomotive accurately portrays C&O #1650, one of the last group built in 1948. Virtually every detail part and piece of piping is separately applied. Prototypical distinctions include cab window configurations, ladder arrangement and unique overfire jets. Some of the latest Lionel innovations are found in this TMCC-equipped articulated steamer, including the unsurpassed RailSounds 5.0 sound system. Listen to the ultra-realistic four chuffs per driver revolution as the locomotive battles down the mainline. As speed increases the cadence of the chuff rate changes, just like the real thing.

TrainMaster Command Control equipped-able to run in Command Control Mode or in Conventional Transformer Control Mode. Odyssey System for speed control with ON/OFF switch. RailSounds 5.0 sound system with custom recorded effects including. Multi-part CrewTalk dialog and TowerCom announcements to create realistic operating scenarios from pulling out of the yard to initiating an emergency stop, in both conventional and command control environments. Realistic operator-controlled effects, including the water injector, activated by the CAB-1 Remote Controller.

Prototypical four chuffs per revolution. DynaChuff synchronized chuffing that shifts through 15 levels of intensity as the locomotive gains speed.
Simulate the locomotive running light or battling against a heavy load by manually adjusting the DynaChuff intensity with CAB-1 commands. MultiWhistle effect simulates blows at different steam pressures, long and short attacks, and even extra quilling with each press of the whistle button. Independently adjustable volume control-use the CAB-1 Remote Controller to lower the level of background effects such as chuffing while keeping operator-controlled effects such as the whistle at full volume. Dual FatBoy speakers for the ultimate in sound reproduction. High-torque Pittman® motor with momentum flywheel. Wireless Tether connection between locomotive and tender. Die-cast metal locomotive body, frame and trucks. Scale front coupler with interchangeable O gauge coupler for double-heading. ElectroCoupler on rear of tender. Synchronized fan-driven smoke unit with adjustable smoke output.
Accurate separately applied builder's plates. Die-cast metal tender body and trucks. Individually opening tender water hatches reveal easy-to-access RailSounds controls. Please message us right away with any issues you experience with your order. Welcome to Model Train Market, your online Hobby Shop!
We specialize in a variety of pre-owned model trains, all backed by our 100% Satisfaction Guarantee! Growing up, my grandfather and I worked together building our model railroad layout. After working with one of the most respected model train dealers for 13+ years, it is my pleasure to bring this online hobby shop to you. We promise to bring you great deals on trains in Z Scale, N Scale, HO Scale, O Scale, and even some G Gauge! Doug - Model Train Market. Powered by SixBit's eCommerce Solution. This item is in the category "Toys & Hobbies\Model Railroads & Trains\Railroads & Trains\Locomotives". The seller is "modeltrainmarket" and is located in this country: US. This item can be shipped worldwide.