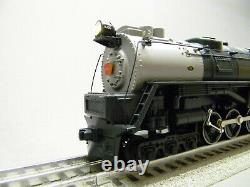 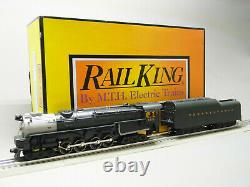 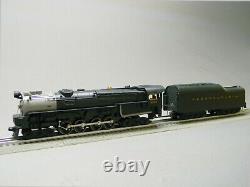 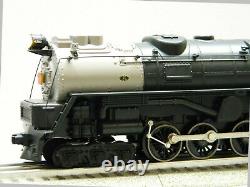 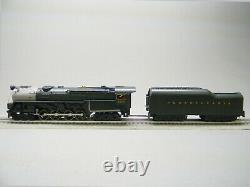 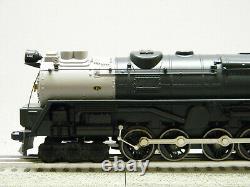 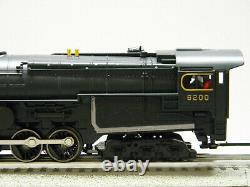 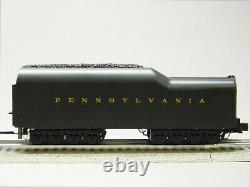 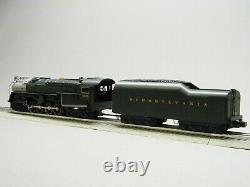 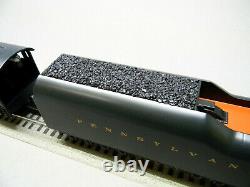 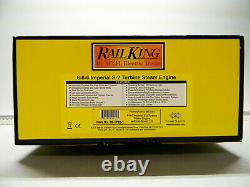 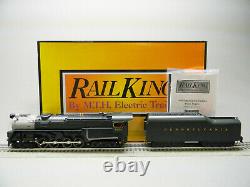 In the waning days of steam, that 278-mile stretch from Crestline, Ohio to the Windy City was the scene of high drama, as the Pennsy and Baldwin Locomotive Works, its favored locomotive builder, tried in vain to resist the diesel revolution. Experiments like the duplex-drive T1 and S1 powered the Broadway Limited, Golden Arrow and other Pennsy name trains at speeds that often exceeded 100 mph. But perhaps the most innovative racer was the Class S2 No. The drive system that powered No. 6200 was both revolutionary - for a locomotive - and incredibly simple in concept. High-pressure boiler steam was used to spin a turbine wheel. The turbine was attached to a gear train that powered two of the engine's four driver axles, and side rods transmitted power to the other two axles. Like the Fairbanks Morse Train Master shown elsewhere in this catalog, No.
6200 used proven technology borrowed from WW II Navy ships, where steam turbines and gear trains delivered up to 55,000 horsepower to a single battleship propeller shaft. Developed by Baldwin and the turbine division of Westinghouse Electric and Manufacturing Co. 6200 appeared to solve several of the problems that characterized steam power. Without the back-and-forth motion of pistons, valve gear and connecting rods, it was incredibly smooth at high speeds and free of the pounding that conventional steamers inflicted on the rails.

What looked like valve gear on the front set of drivers was actually the linkage powering the lubrication system. At passenger speeds, it was also highly efficient.

Compared with a three-unit set of E7 diesels, the 6900 hp S2 was more powerful, had a higher top speed (110 mph) and cost half as much. And it was handsome: massive boiler; 6-wheel leading and trailing trucks; four exhaust stacks, which opened in sequence as speed increased; the forward turbine with its huge exhaust pipe on the engineer's side; the smaller reverse turbine on the fireman's side; and a giant 16-wheel tender - actually a rebuilt hand-me-down originally assigned to an I1a Decapod. The reality of the S2, however, proved more complex and sobering. The turbine was only efficient over a narrow speed range, so No. 6200 was a huge coal and water hog below 40 mph.
A design flaw, discovered too late to be remedied, made the boiler prone to staybolt fractures. 6200 in the shop more than out on the road. Like the PRR's other handsome, noble steam experiments of the 1940s, it was too little, too late. But with our RailKing Imperial model, you can relive the Pennsy's optimism of the postwar years, when it touted the S2 as a fundamentally new type of coal-buring steam locomotive.

Brand new in the MTH box! Will run on your O Gauge train layout on a 3 Rail System. And receive our final invoice to pay. All items must be paid within 7 days. Value Added Authorized Lionel Dealer.