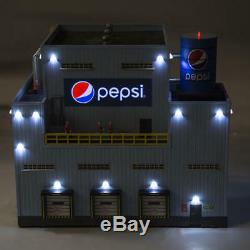 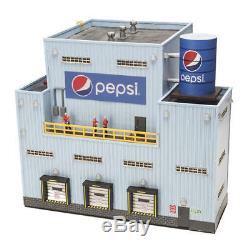 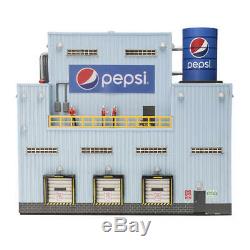 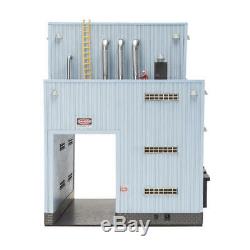 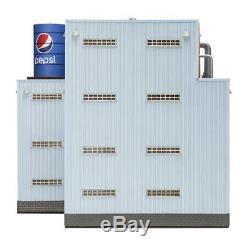 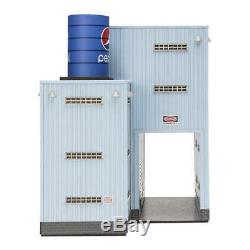 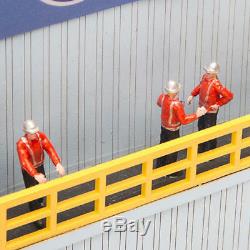 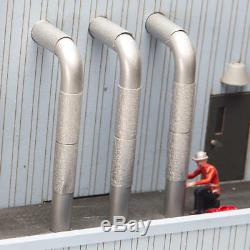 O Gauge Pepsi Bottling Plant. Before carbonated beverages were readily available for our enjoyment, Caleb Davis Bradham concocted a stomach tonic in 1898. Known as "Brads Drink, " this remarkable blend of sugar, water, caramel, nutmeg and other natural additives became a fan favorite. Realizing that he had crafted a refreshing carbonated beverage, he renamed the drink Pepsi-Cola. As demand for Pepsi-Cola increased, Bradham decided it was time to offer the delicious drink in bottle form. With proper trademarks and logos in place, the Pepsi-Cola Company continued to expand. By 1910, the company had 240 bottling franchises in 24 states. Each bottling plant was outfitted with advanced mixing and filling equipment, which helped promote Pepsi-Cola sales in the long run. This O Gauge Pepsi® Bottling Plant is our interpretation of a fully functioning bottling factory that may exist throughout the United States. Beautifully lit with 24 LED lights, this structure has an impressive presence that demands very little real estate on your layout. In fact, this model is specially designed with a 4" W x 5.75" H tunnel, which allows the structure to sit over your existing O gauge tracks without taking up too much room. Additional features of this spectacular building include an electronic Pepsi® sign with multiple lighting patterns and 3 animated roof vents that rotate in unison. Along with Jack the German Shepherd, 4 O scale figures can be also be seen working hard throughout the display. Plus, you will also notice a water tower with a blinking red LED light and 3 loading docks where cases of soda are loaded for deliveries. Fully assembled and fully lit 14" Tall x 14" Wide x 10.5 Deep.
Exterior lit with 24 LED lights. Electronic Pepsi sign with multiple lighting patterns.