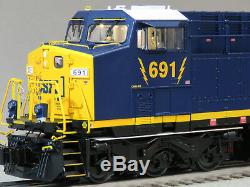 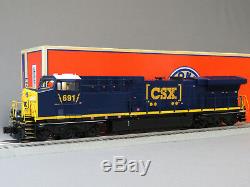 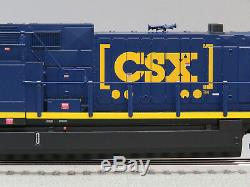 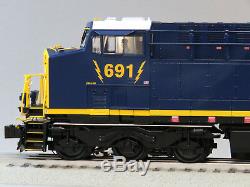 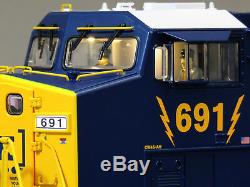 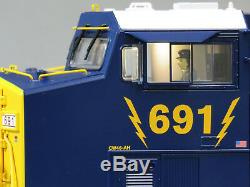 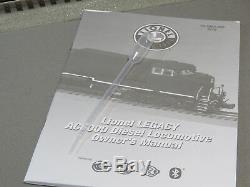 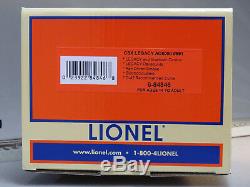 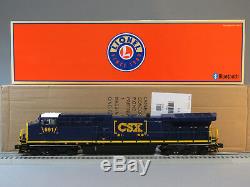 Lionel CSX LEGACY AC6000 Diesel with Bluetooth # 691. As EMD and GE battled for horsepower supremacy in the 1990s, General Electric introduced the 6000 HP AC6000 as the ultimate in power for heavy mainline railroading. Ultimately, like many locomotives which pushed the limits before, the AC6000 performed less admirably than desired on the rails and in sales.

Lionel is proud to bring this locomotive back into the line in new paint schemes including three worn by the locomotives as demonstration and test units for GE and the SP units that almost were. Add some high horsepower to your mainlines! LEGACY® Control System equipped able to run in LEGACY® Control mode, in TrainMaster Command Control mode, or in Conventional mode with a standard transformer. Bluetooth Control - Operate with Universal Remote or LionChief App. Odyssey® II Speed Control with On/Off switch.

LEGACY® RailSounds® sound system featuring. CrewTalk dialog and TowerCom announcements, each with different scenarios depending on whether the locomotive is in motion or stopped.
Six official railroad speeds with CrewTalk dialog. LEGACY® "Real-Time Quilling Horn" control with instant response for realistic signature " "quilling" " and correctly timed warning signals. Single hit or continuous bell sounds. Sequence Control: plays the sound effects of an entire trip, including warning sounds and announcements, based on the movement and speed of the locomotive.
Current speed and fuel dialog, coal-loading sound effects. Dual powerful maintenance-free motors with momentum flywheels.