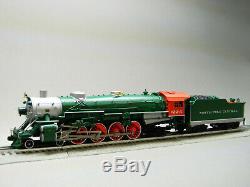 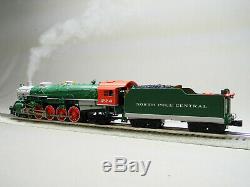 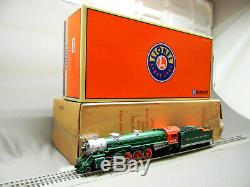 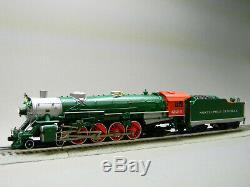 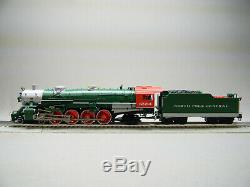 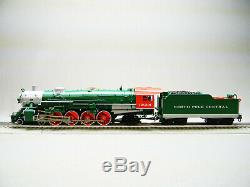 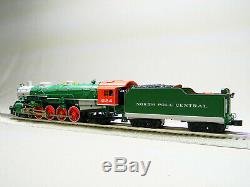 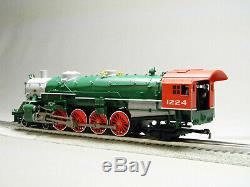 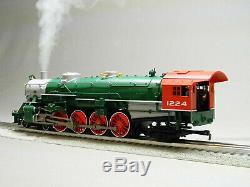 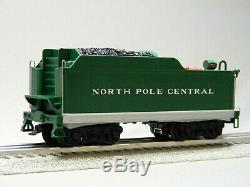 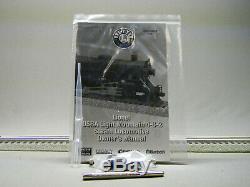 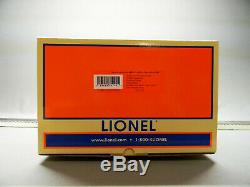 Lionel North Pole Central Legacy USRA Light Mountain Mikado #1224. Although not built in the numbers of the Mikado and Pacific, the USRA's Light Mountain design was well received and duplicated by many railroads after the war. Demonstrating the flexibility of these uniform designs, different railroads found their own best uses for these locomotives for their own needs.

Some were heavy passenger train haulers while others used them on fast freights. Often the locomotives did both. Like the other USRA designs, the light 4-8-2 showed a balance and elegance in its design. Now featuring whistle steam and full LEGACY® and Bluetooth® control, these models also feature several detail refinements and additions to better reflect the many changes each railroad applied to their locomotives to make them their own. Stamped metal tender frame and die cast tender trucks.

LEGACY® RailSounds® sound system featuring. CrewTalk dialog and TowerCom announcements, each with different scenarios depending on whether the locomotive is in motion or stopped. Six official railroad speeds with CrewTalk dialog. DynaChuff synchronized with 32 levels of intensity as the locomotive gains speed.