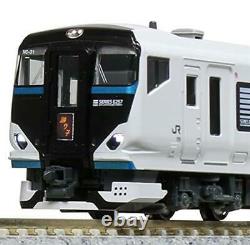 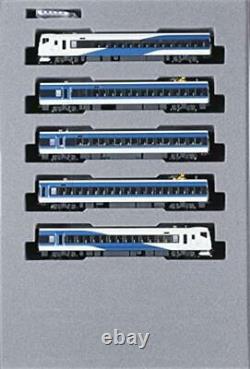 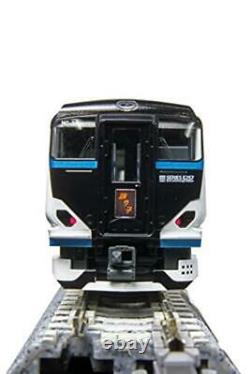 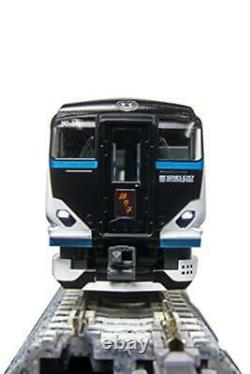 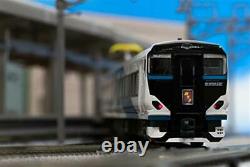 KATO N gauge E257 series 2500 series Odoriko 5-car set 10-1614 Model train Train [From Japan]. Omiya General Rolling Stock Center The NA-08 formation (2000 series) and NC-31 formation (2500 series) of the vehicles belonging to the Higashi Omiya Center are prototypes. Underfloor equipment with updated equipment, LED lights, snowplow at the front, and the appearance of some windows filled with the installation of luggage space are reproduced. Different fronts are made for 2000s and 2500s. Beautifully reproduces the characteristic white and azure body paint that matches the E261 series.

Faithfully reproduce the shape of the side glass with few steps from the car body. [Dancer] is already attached to the replaceable front head mark. In addition, head marks such as [Limited Express Shonan] are recorded. The intermediate connection part uses a body mount close-coupled coupler (without hook). Includes a Denren (1st stage) for the heads of 2000s 9th car, 2500s 10th car and 14th car. Stable driving is possible by adopting a well-established power unit. The 2000 series has traction tires, and the 2500 series has no traction tires in consideration of combined operation. A destination display sticker is included. [Product composition and organization example]?

The 2000s have been remodeled based on the 0s that were previously active as [Azusa] and [Kaiji], and the 2500s are based on the 500s that were active in [Wakashio] and [Sazanami]. In addition to updating the control equipment, the image has been renewed by changing the lighting to LED and changing to a white and azure design that matches the E261 series.
The 2000s connect Tokyo and Izu, the 2500s connect Tokyo and Shuzenji, and the 2000s and 2500s are operated in combination between Tokyo and Ito. It is a popular vehicle that has begun to play an active role as a [dancer]. Combined operation similar to the actual vehicle can be reproduced. You can enjoy driving with E261 series [Safir Odoriko]. Equipped with a power unit, head / tail lights lit.
The model railroad is a system that supplies power from rails. Batteries are not used even when driving, emitting light, or lighting.
Batteries are not included in this product. No fuel is used for this product. Fuel is not included in this product. Paint is not included in this product. Please do not hesitate to send me a message if you have any other questions.
We basically sell Japanese products. Please confirm in advance that most of the products are Japanese versions. And japanese electric appliances are mainly 100V. [For buyers in USA, Canada and Australia].
For USA, Canada and Australia. If you have any other problems, please send us a message before creating the case. Please make sure that there are no problems with importing before purchasing. Note: November 2, 2021: Acceptance of packages to the USA and Australia has been suspended.